Walking up through the perennial borders in the Ballymaloe Cookery School garden gives no clues as to what you are about to see in the octagonal pavilion at the end of the path. This project started with Darina Allen buying four Gothic windows and then a few years later the foundations were finally laid in a field which still had pigs in. Until this point she had kept her shell house dream a secret from her husband, when I went for the interview I had to pretend I was there to cook. The building went up with many ideas from the clients, the builder and who ever happened to be visiting. About half of the shells used had been saved from the cookery school during the past three years and more were still being gathered and washed as we were working. All the shells were stored outside which meant  we kept fit by having to often run out to protect them from the Irish rain.

“Blott first drew her ideas on the wall with chalk then stuck the precious shells on top. The popularity of the seafood platter in the restaurant is very much in evidence in the bands and swirls of scallops, mussels, cockles and oyster shells, while the more humble periwinkle is used as edging. […] there is not a sliver of wall visible.” 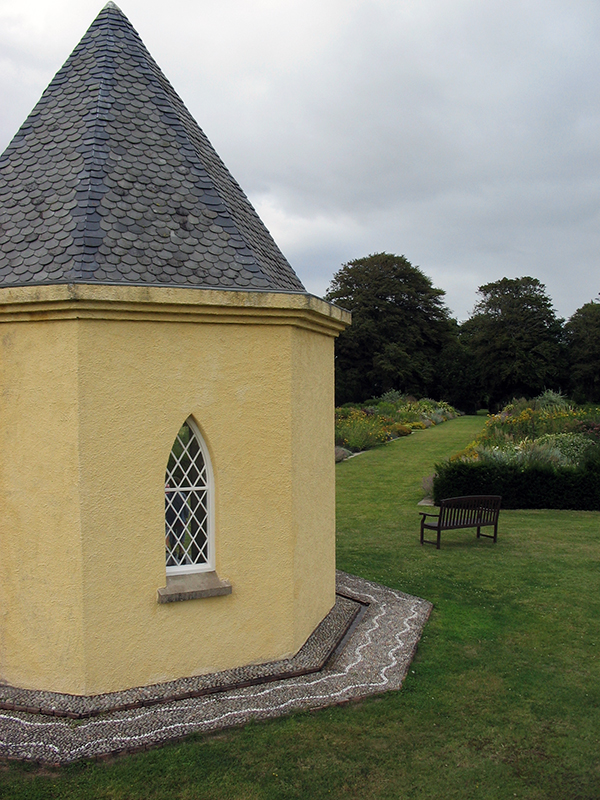 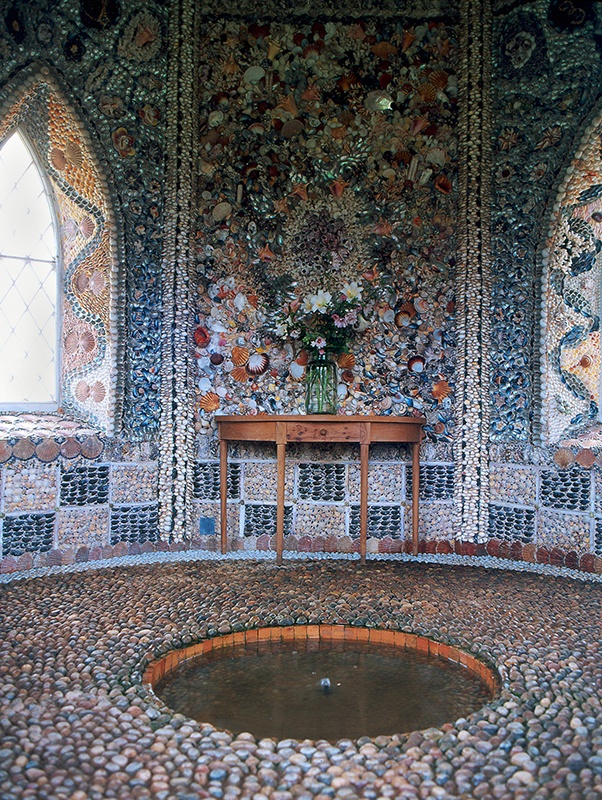 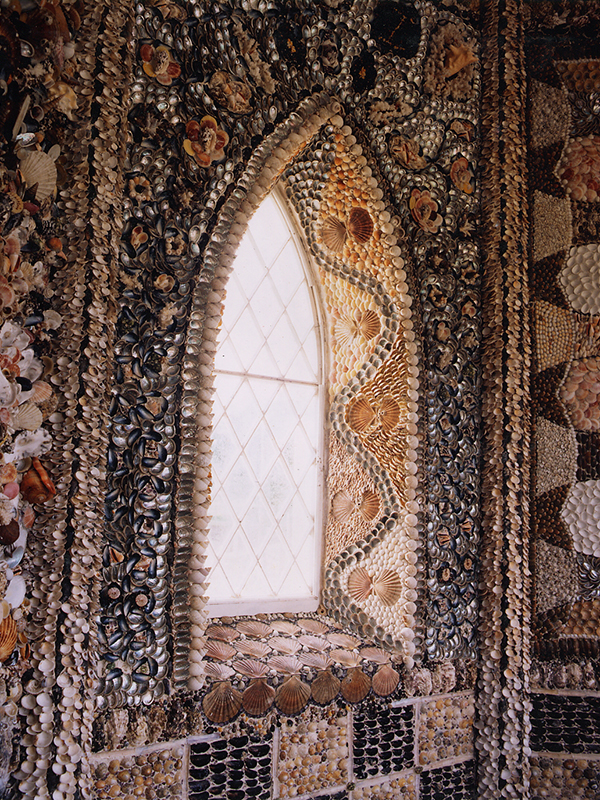 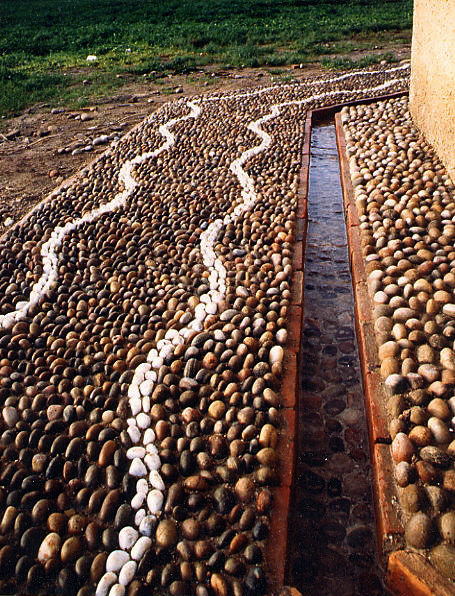 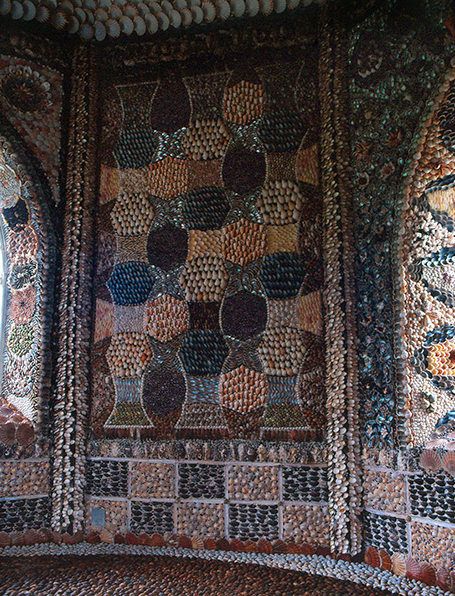 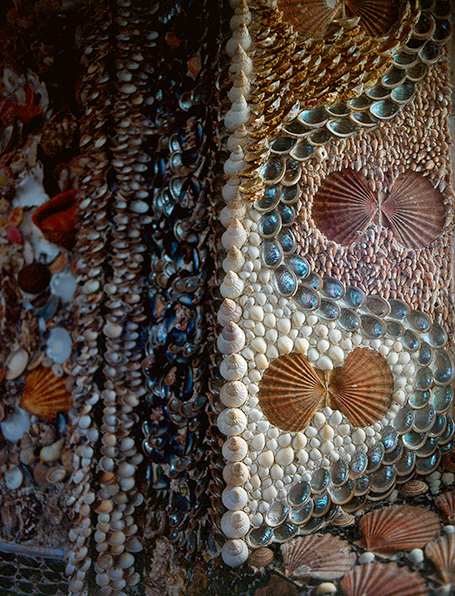 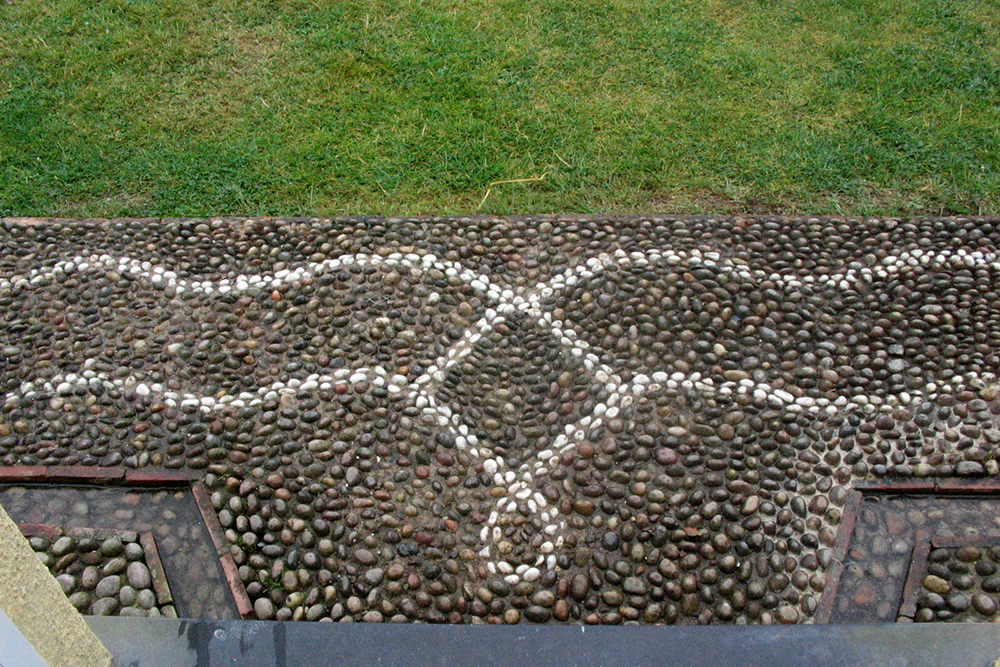 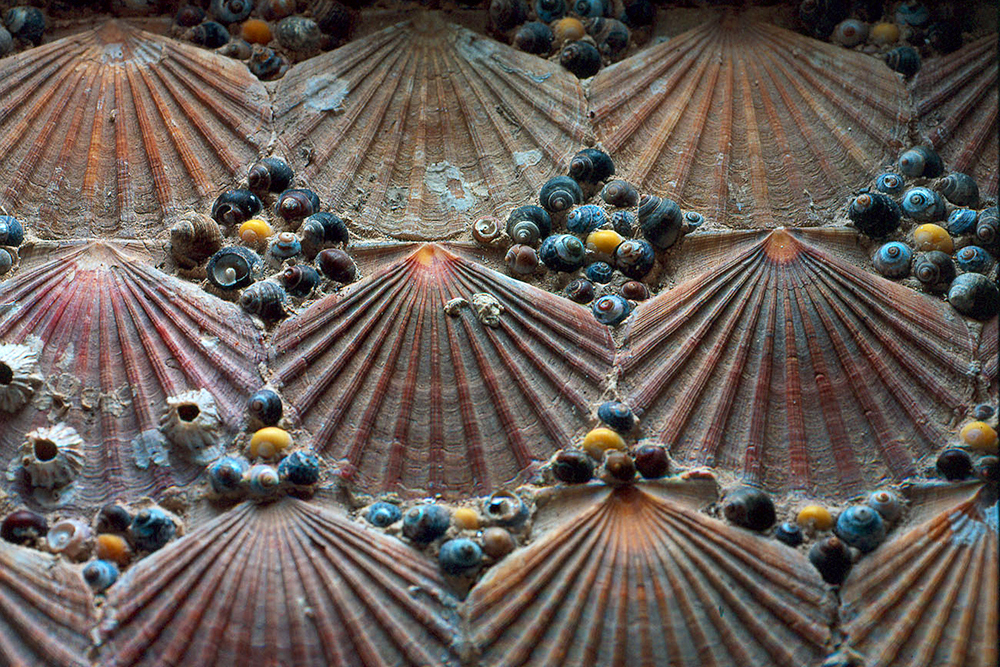 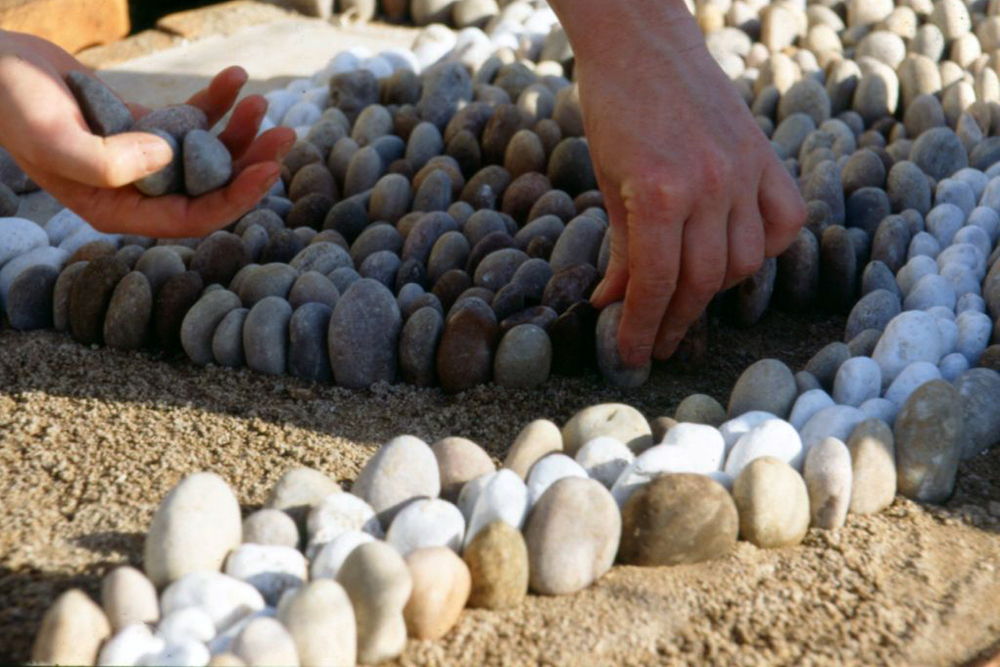