Within the walls of the garden there is “Ffynnon Antwn Sant” – sacred spring named after St Antony. It has been a site of healing since the 6th century.
The owners wanted to create a new shrine in their garden. It was very important for them that they involved the local people and school children.  A poster was displayed in the village shop asking for shells. A box for shells was set up on the garden beach wall and a little book for the gatherers to leave their names. The response was fantastic.

I was asked to do three things. Firstly, the main design was to be a Celtic cross. After much debate, we chose the Margam design.
Secondly, to copy designs from the Ravenna mosaics. Luckily I had the help of the 8 grandchildren to tackle that task. They had a pile of around 75 post cards to choose images from and off they went. It was certainly a challenge as I normally stay clear of figurative shell work.
Thirdly, use as many local shells as possible. Each day when the tide was right I would go and collect shells from around the rocks.  The main shells were cockles, mussels, otter and razor shells. Some of the mussels had gone orange on the inside which added a new colour to the design. 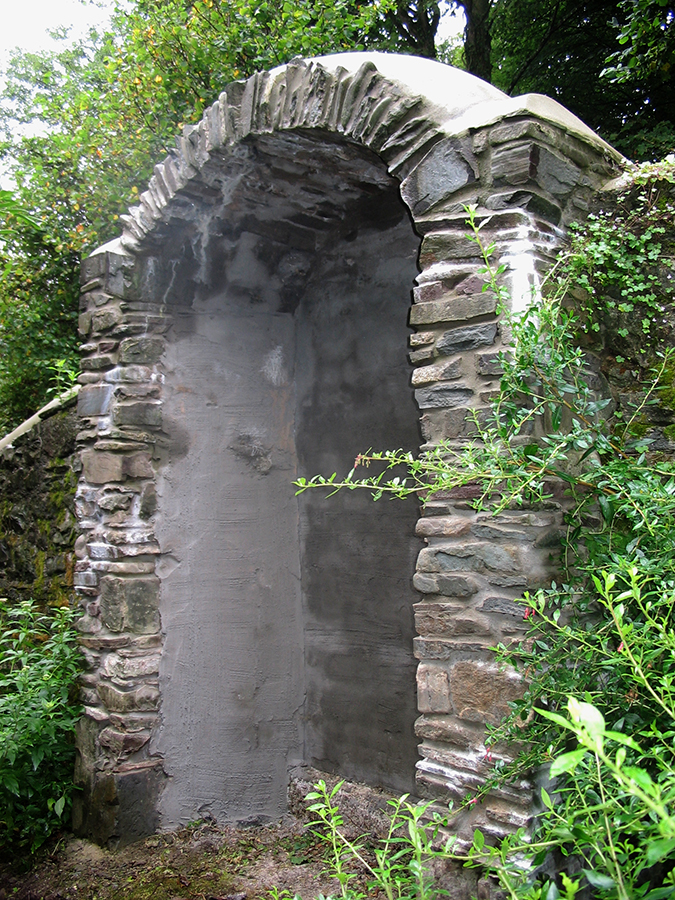 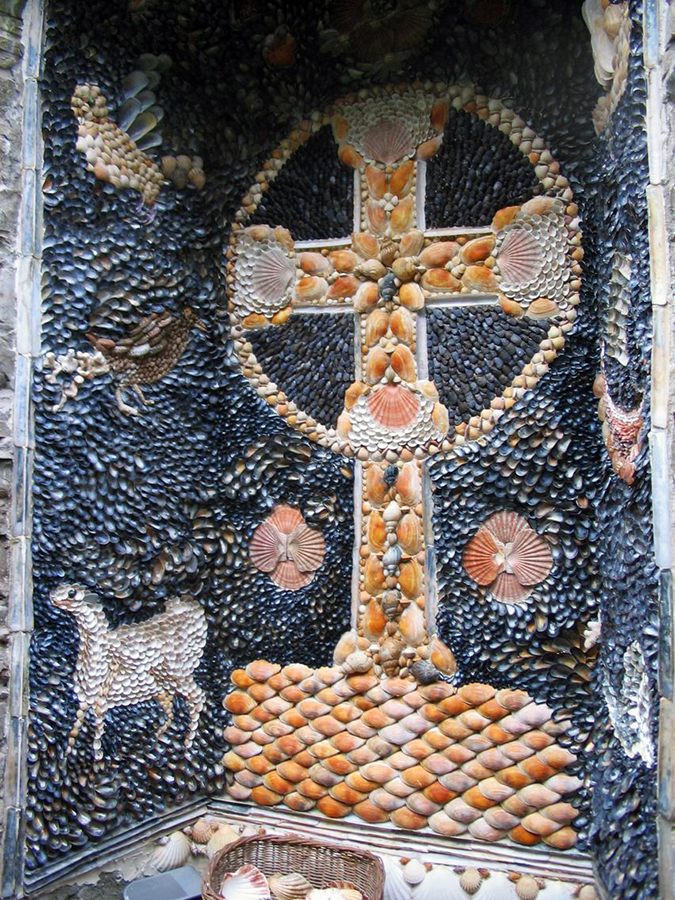 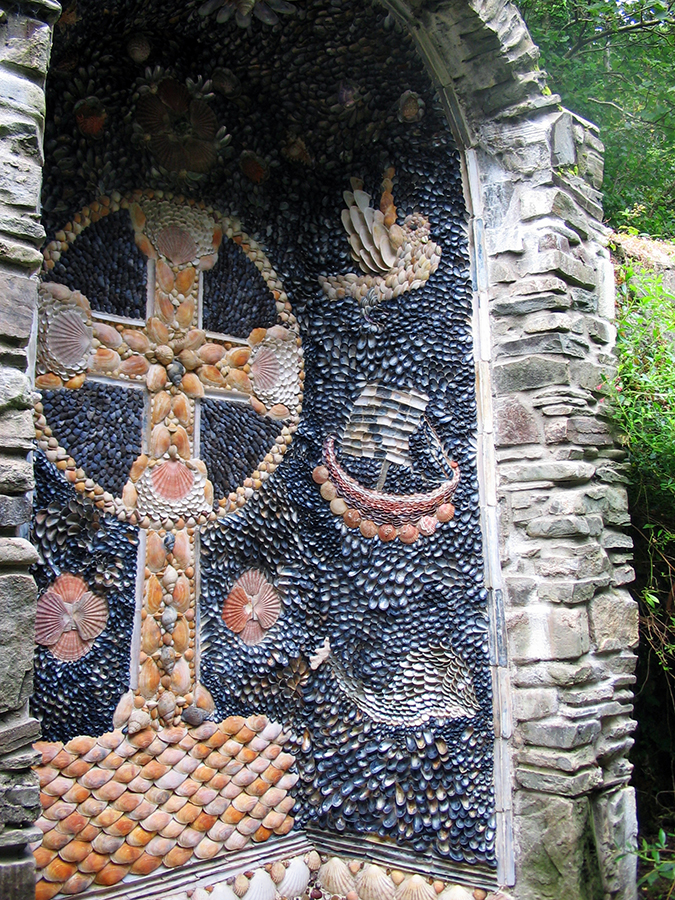 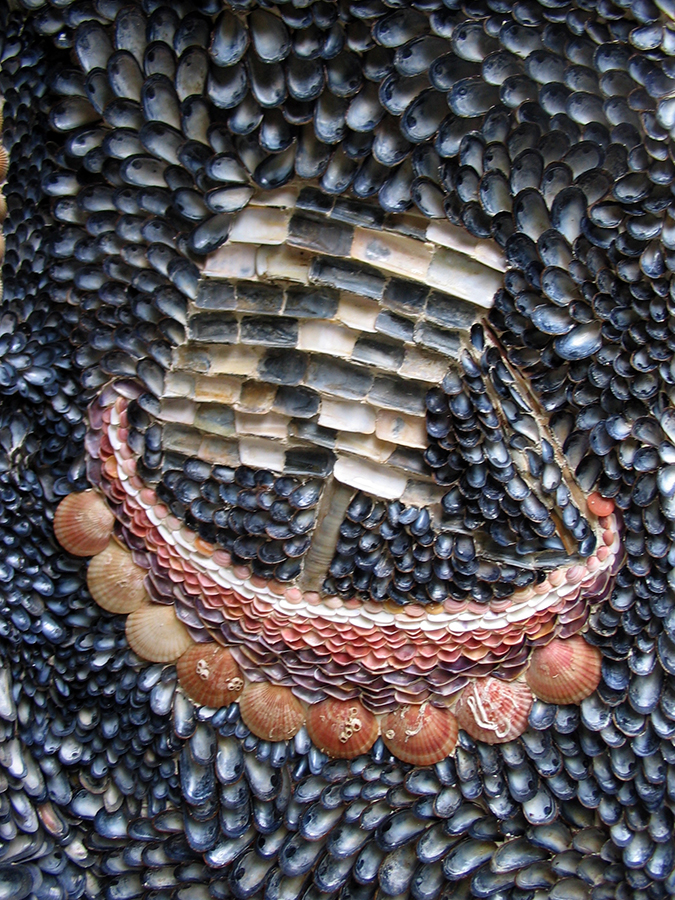 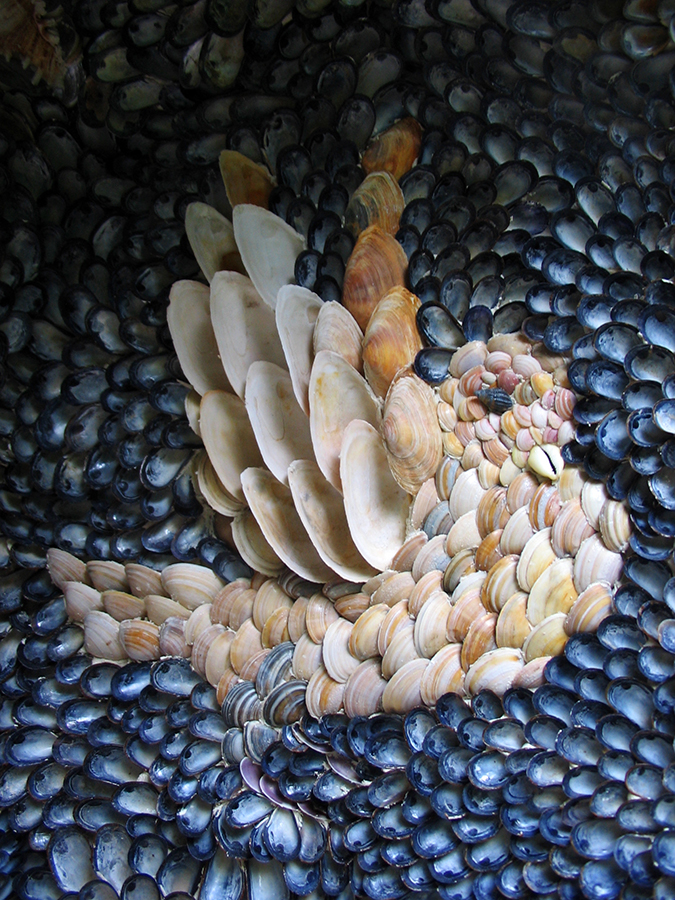 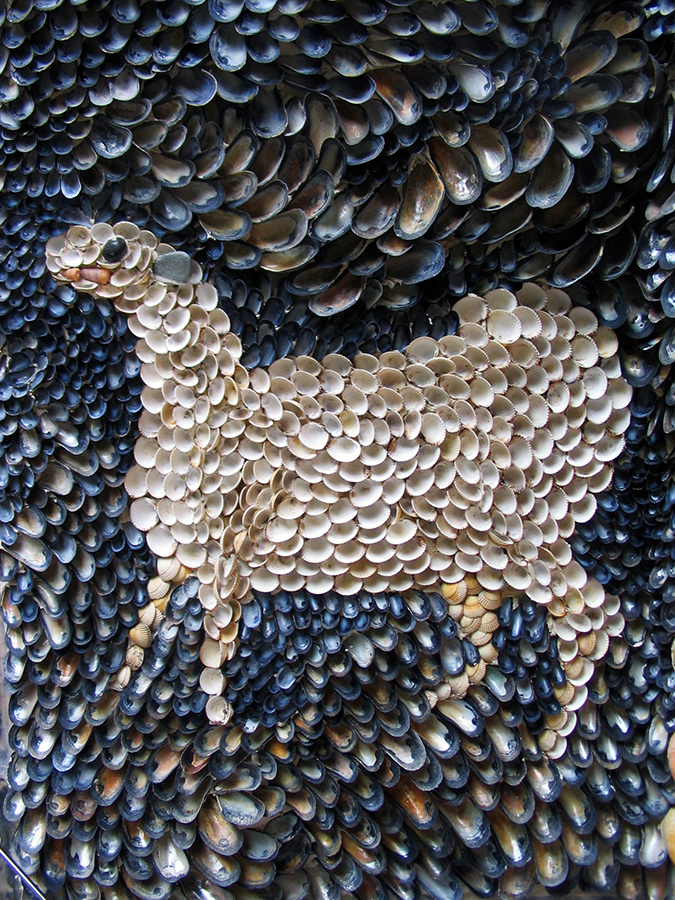